From itch.io to Steam

IIslands of War has had an incredible life here on itch.io! Now, it is time to move to a platform and share this game with even more people by going to Steam! The Exploration Update was just the beginning of some awesome changes I have planned, and while it won't stop, the time on itch.io has come to a close.

IIslands of War will be launching on Steam on March 13! The game will feature a bunch of new exciting content to celebrate the move to Steam!

Why isn't the game free on Steam?

After developing the game for 1.5 years, I finally feel like I have a product worth selling. I am currently studying in university, and have taken a gap year of school to work on the game full time. I am a really generous guy, but at some point, generosity doesn't pay the bills, or the school fees.

I already donated to the game? Do I need to pay for it again?

You will no longer be able to donate on itch.io when the game launches on Steam!

If you want to ensure you get a key, or are overly opportunistic and are looking for a bargain, you can donate any amount to the game on itch.io, even as little as $1.00 will get you a key, just donate whatever amount feels right for you, and your support is much appreciated.

I don't have any money but I love the game? How can I still play the game?

For those of you who are reading this, you probably truly are a hard core fan. Let me break down this issue a little bit more from my developer standpoint before explaining the solution I have in mind.

The main issue with giving out copies of the paid game to anyone who can't afford it, is that it completely undermines the entire fact that people are actually paying for the game, and at that point, everyone will flock to whatever method I am using to give out keys to the game. However I don't want to leave the community behind simply because they don't have the resources. You guys are the life of the game!

I have decided on a little compromise, a trade if you will so that you can get something, and I can get something too, which seems pretty fair for the both of us. Don't worry, this arrangement isn't permanent and there aren't any contracts involved, only your honor is at stake here. I have decided that around the time the game is released, I will be doing a massive one time only giveaway. It's not going to be by chance or a lucky draw, simply by following these steps, you can guarantee that you will get a copy of the game.

There are three factions in the server: Prime Federation, Strike Coalition, and Nova Alliance. 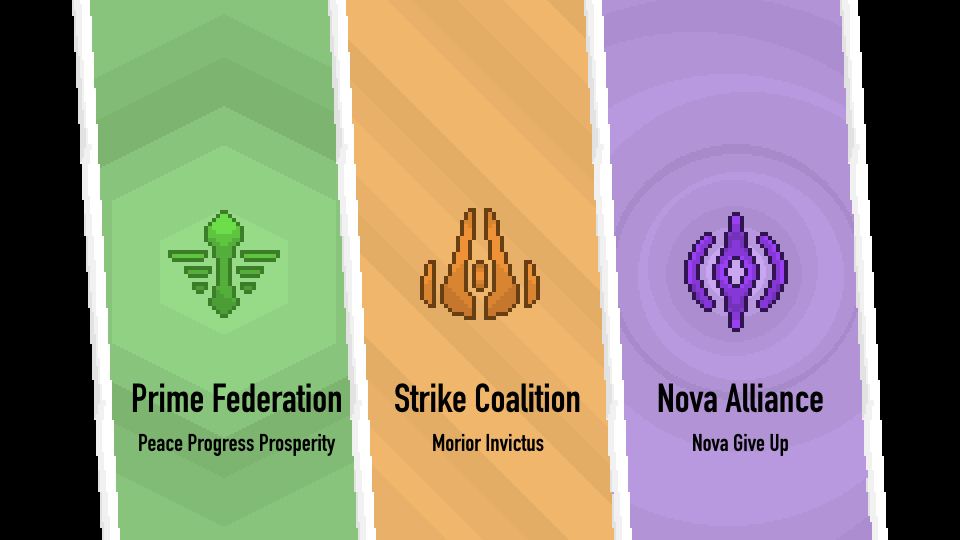 @iislander is a bot that maintains the server for me. In order to join a faction message it "join Prime Federation" or "join Strike Coalition" or "join Nova Alliance". You cannot change your faction, but it doesn't really matter which faction you choose, it is only a server thing and will have no impact on your gameplay.

3. Participate in the faction wars!

Within the server, we are having faction wars! Every few days, a new challenge will appear! As of this post, we have had 3 big challenges: haikus, combat footage, and meme making! These challenges are fun, designed so that you don't need to be playing the game in order to complete them! 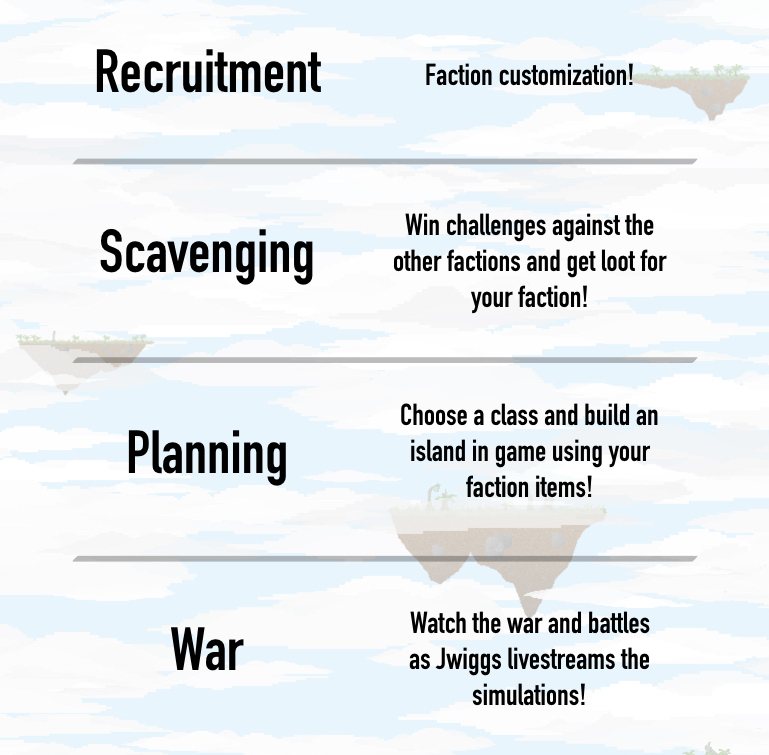 Winning these challenges will give your factions items. These items will later be used to build islands using the in game editor and then submit them so that I can simulate a massive faction war. Currently we have around 75 people participating in the war, but imagine if we had 200, or even 300! Now that is a war!

Back to the Giveaway

It really isn't that hard, tedious or boring to do, and the wars are really fun to participate in! Once the giveaway is triggered, everyone in the factions will get flagged for a key request. @iislander will message you that you have a key that can be claimed if you so desire. You can claim the key from @iislander at this point. I do hope that if you do have the means, that you do pay for the game. $10 isn't that much and Steam already takes 30% of it.

I can't stop you from joining the server just to get a free key for the game and then leaving and never returning. I really do hope that you stick around and engage and build into the community in return. I can't enforce this, so this is on your honor, and I hope you do not abuse my generous gift.

I may be capping the number of keys given out to the factions at 500, but I doubt we can reach that limit.

I would like to close this devlog off by just saying a massive thank you to everyone who has enabled me to move to a bigger platform like Steam. This game really is the story of humble beginning, and the journey is far from over. From the bottom of my heart, I really can't thank you enough and I look forward to seeing you on Steam!