Welcome to the second part of the movement update! In this update, I have introduced some cool features such as a new movement calculation system, recoil, knockback, as well as a ton of quality of life improvements! This update is also 100% compatible with updates greater than v2.6, so you will not have to start over completely by downloading this new update!

Because of the changes to maximum speed, your terminal velocity is actually a whole lot bigger than it was in previous updates. So you should feel faster and differences in speeds of enemies should also feel greatly magnified.

See how the bullet is actually travelling down and to the right?

This can make for some interesting plays, especially with mortars since you will now have more control over the arc that they are fired in.

Need a break while in battle? Has your mom suddenly asked you to do your chores but you can't since you are mid battle? Well now, you can! 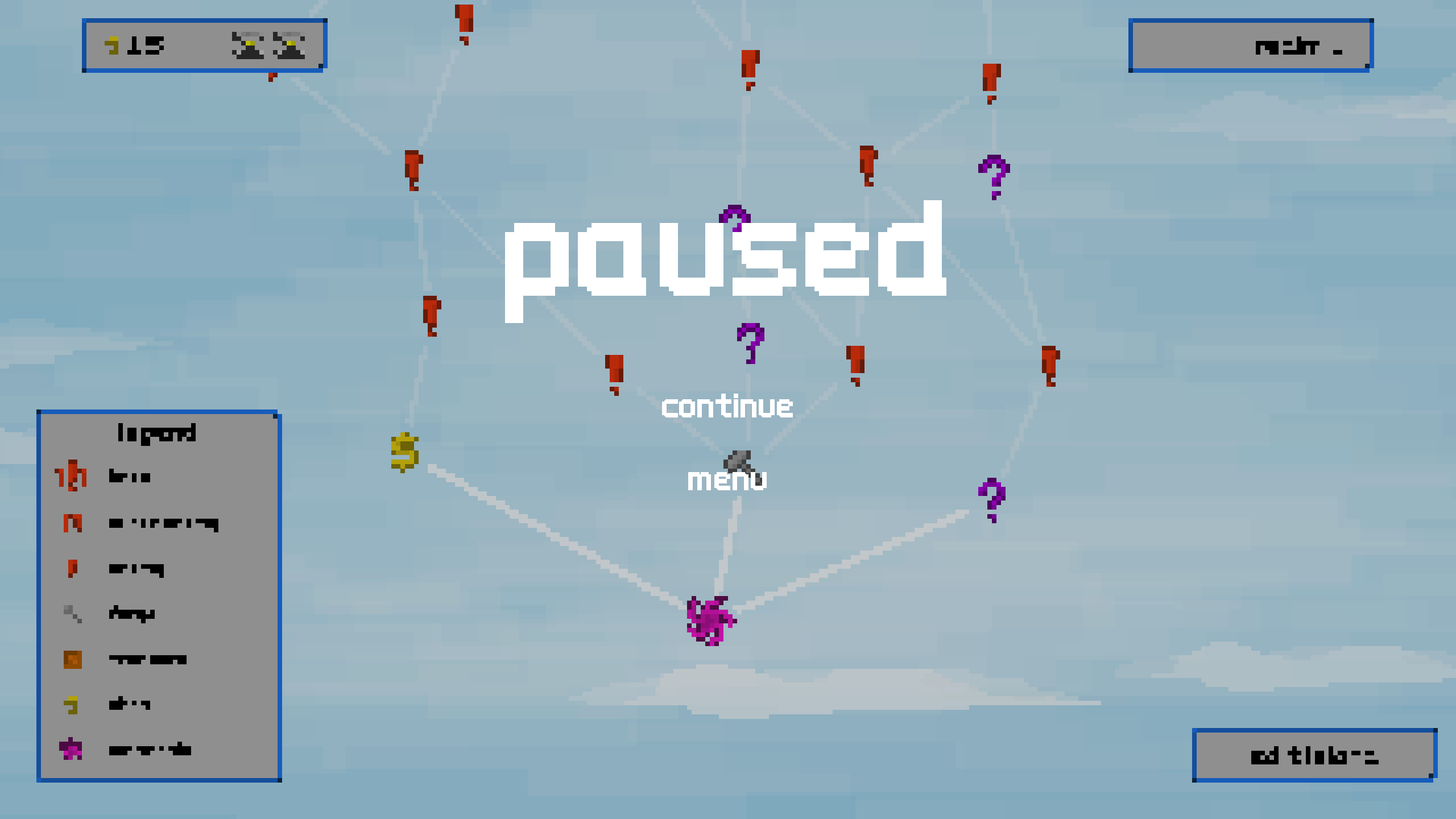 Now, you might be thinking, "Hmmm, time to abuse quitting the match before I lose." Well, not anymore. I guess this is gonna be one of the less popular changes, but it was needed especially with the pause menu.

Basically, once you start a battle, the game automatically deducts a life in the background. Once the battle is complete, you will be refunded the life back. However, if the game is quit before the battle is over, you simply don't get your life back, meaning you just lost a life.

Introducing cursors and crosshairs! The cursor is probably what you will be seeing most of the game. The crosshair is basically your cursor, just only used in its place during battle. Different styles are available in the settings.

just pretend the mouse is invisible. my screen capture messed up

Lots and lots of quality of life improvements to make the game feel a whole lot better.

Weapon groups that do not contain floatrons or drifters are now automatically selected when you start a battle.

Auto-firing weapons was masking the potential of the laser trigger. In the future, I would like to implement more trigger techs, so as of now, there is no way to toggle the group auto-fire.

Now that the laser trigger is viable, I fully fixed the raycast so that it actually will shoot when enemies are there. It also has a nice aiming laser so you can see what direction it faces.

This used to toggle autofire, but since that is removed, it will now toggle the selection of a group.

You can no longer be defeated by simply having too little vertical thrust. All floatrons must be destroyed in order to achieve a victory or defeat.

Advanced drifters now have more than double the thrust of a basic drifter, making it a viable forging option.

The camera now tries to keep both you and the nearest enemy on the screen at the same time. If it cannot do that, it will still try to keep you on the screen.

If the camera cannot keep the enemy in view, an indicator will appear so you know where the enemy will be coming from.

The game's size is a whole lot smaller thanks to a feedback that the audio files should probably be compressed. This means that the audio will take a bit longer to load but the game download will be really speedy.

100 damage should not be the same size as 1 damage. So now, you will know if that critical megacannon shot hit. It also looks and feels really satisfying.

F11 and F12 toggle fullscreen and fps display respectively. Sadly these do not work on macOS. 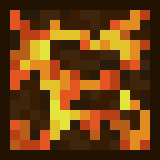 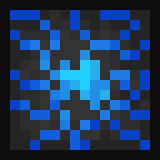 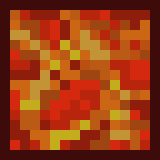 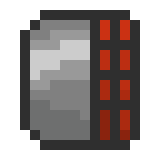 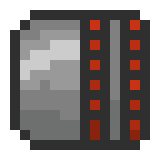 Hopefully this update will add a little more movement, action, and strategy to the game with better movement and knockback! This is only the second part of who knows how many movement updates. The next update is coming very soon!

Could you please tell me what colour the letters are wrote in.

The color is a slight change from the background. Don't worry if you can't find it, it doesn't add anything to the game.

It appears for a small amount of time and blends very nicely. Don't worry if you can't find it. It doesn't add any new content to the game at all.

Good luck (if you're still looking).

Does the secret code show up for a single frame?

what does the Secret Code unlock

The secret code doesn't unlock any extra game content, but it does give you a special tool that you can play around with. It's not really for entertainment as it is a developer tool, but you can still mess around with it a bit.

Could I Get A Hint To The Secret Code

Its hidden in a gif,  visible for a very short time and is written in massive letters. Good luck!

a gif on this update post? and also the gif below  the reletave velocity part doesint seem to work

It didn't seem to work for me too

Another hint? One of the first three gifs. The pause isn't a gif btw.

the gif below  the reletave velocity part works but doesint loop

Can you please make it possible to download and run the legacy systems (older versions) so I can be nostalgic with the old tech systems and stuff. Love the game anyway!

That being said, I have left v1.0 up which was the game jam version. Also, when the game gets a full release, I might also release a full release of every single version I have worked on (I have a large archive by now and its only gonna get larger).

I love this update! Movement is so much smoother, and the game play is more enjoyable. However, I do have a few complaints. Because islands move so much faster, I've shot up, out of bounds several times. Even if I stop the vertical thrusters the moment I see the red line, the momentum would carry me out of bounds, and my island would be destroyed. Either increase the gravity (which would require you recalibrate thrust and mass) or reduce the damage being out of bounds does.

Also, now that you can't quit the game when you're losing, it's almost impossible to beat the game. It's very hard to survive the 8 realms, and the final boss is WAY too OP. Even before this update, I never managed to beat it. I understand that you want to make this game difficult, but please add an option to set how many lives you have.

From what I have found, in v2.7 movement was a little slow. In v2.93 movement is a little too fast. I am actively working now to find a good balance where you don't feel slow, but you don't travel at light speed either (same for enemies).

With regards to the difficulty of the game, I think I might have a small solution to that in the next update. Yes, the game is meant to be hard, but so hard that you will never ever beat the final boss. So I'm gonna work on balancing the difficulty out.

Thanks for your feedback!

So, if I may or may not found the secret code, where do I enter the code?

Just start typing in the code (or whatever the code might mean). It should be mostly self explanatory if you have the correct code. After you have finished entering the code, press enter and then you will unlock a super special secret.

Congratulations on figuring it out! Hope it wasn't too difficult but not a walk in the park either!

what is the code plz tell me

and what does it unlock

Just a small suggestion? Could you put something at the end after the final boss? It was a small let down when i cleared the game and there wasn´t anything after it, not even go back to main menu...

Thx! and once again, great game! Hoping for more updates in the future!

Glad you enjoyed playing this game! Yes! I have some fun little plans to do something after the main menu. Some sort of congrats for playing and stuff. Also just in case you were wondering, there is gonna be something cool that you can do outside of these "campaign runs" that should really add a lot of fun to the game.

Thanks for the feedback! Join the discord server if you want a whole lot more updates!

Thanks for replying! Yes I have already joined on discord!

I will keep following this game development!

*Typo in the last message, i meant there will be something extra after the final boss, not main menu.

Either way, the something extra is a surprise (I do love surprises) and so you are gonna trust me when I add some "super special secret changes".

Thanks for following this game! There is so much I have in store!

Hello author, this update I found a very interesting thing. When I was above the enemy, the enemy would commit suicide by pushing the bottom border because of the recoil of the weapon, and it was very easy to do. This clearance is very easy haha.

I really really tried making enemies suicide as little as possible but they are still really really dumb. I will work on giving them a little more common sense so they just don't die on you.

Glad you enjoyed the update and thanks for the feedback!

Hi! i really love your game and i think its mecanics are pretty unique!

I have to also report a bug in this last version that i spotted, in the island eddit mode there is no sand anymore, if you have it ion your island and you "erase" the blocks you will no longer be able to put them back bcs they are not in the menu anymore! Hope you can fix this issue in the next update.

Keep it up dude! Your game is very cool!

Thanks for reporting the bug! However, I have tried replicating this and cannot seem to do so. I put sand on my island and when I erased it all, the sand went back to the inventory. Could you send a screenshot or provide more details so that I can fix the problem.

I have to say i could not find the bug anymore bcs i died in that point so i think it has to do with the change between versions and the new one. When you start a new game it does not happend anymore. I have to also say that i won the game in like 30 minutes due to a trick that i think you might want to know now with new new update and the changes in the movements. Now you can kill any enemy (in realm 3 and above) just by  flying up to the very top, waitng to the enemy to reach you and the falling to the bottom line. If you do this the enemy will probably follow you (and if you are fast enought and have enought propulsion) you can stop above the line but the enemy wil fall bellow it. That way you will be able to end the game without firing a single bullet. It is kind of a pasifist route to follow-

Hmm. That strategy does seem to be a bit overpowered. Let me see what I can do to tweak that.